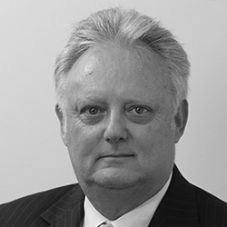 Prior to joining ASPI, Dr Bergin was an Associate Professor of Politics at the University of New South Wales, Australian Defence Force Academy. From 1981-1985 he taught political science at the Royal Australian Naval College. From 1991-2003 he was the Director of the Australian Defence Studies Centre. He served for four years as an Adjunct Reader in Law at the ANU, where he taught international law. He is currently an Honorary Fellow at the Antarctic and Climate Ecosystems, Cooperative Research Centre. Dr Bergin has been a consultant to a wide range of public and private sector clients. For over a decade he has served as a member of the National Defence Committee of the Returned and Services League.

Dr Bergin has written extensively on a wide range of national security and maritime issues in academic journals, books, and ASPI reports. He is a regular media commentator and author of several hundred op-eds for The Australian, The Age, Sydney Morning Herald, Australian Financial Review and the ABC opinion forum, The Drum. He regularly blogs on The Strategist.