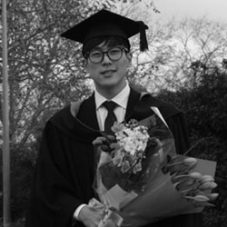 His academic interests are mainly in middle power diplomacy, security issues in the Asia-Pacific region and Australia’s approach to emerging security issues.

Hugh S Shin has served in the Republic of Korea Army as an enlisted member of military intelligence battalion from 2016 until early 2018. In 2017, he was awarded the honorary rank of Six Star at the 46th Annual United Service Organization (USO) Six Star Salute, hosted by USO and US Forces Korea service members. The honorary rank is annually awarded to eighty exemplary enlisted personnel from the ROK Army, the US Forces Korea and United Nations Command, who are selected by their commanders for ‘superior duty performance, impeccable personal conduct, advancements in education and contributions to the community’.