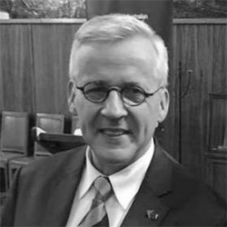 John Blaxland is Professor of International Security and Intelligence Studies and former Head of the Strategic and Defence Studies Centre at the Australian National University (ANU).

He is a Senior Fellow of the Higher Education Academy, a Fellow of the Royal Society of New South Wales, and the first Australian recipient of a US Department of Defense Minerva Research Initiative grant examining great power contestation in Southeast Asia.

He has extensive experience in the intelligence community including as the principal intelligence staff officer (S2) for the Australian infantry brigade deployed to East Timor in September 1999, as an intelligence exchange officer in Washington DC, and as Director Joint Intelligence Operations (J2), at Headquarters Joint Operations Command. In addition he was Australia’s Defence Attaché to Thailand and Myanmar.

At ANU, he teaches undergraduate students in ‘Honeypots and Overcoats: Australian Intelligence in the World’ and ‘Southeast Asia’s Security Choices’, a New Colombo Plan Mobility Course.

His publications include The US-Thai Alliance and Asian International Relations: History, Memory and Future Developments, Niche Wars: Australia in Afghanistan and Iraq, 2001 to 2014, and In from the Cold: Reflections on Australia’s Korean War, 1950-1953.