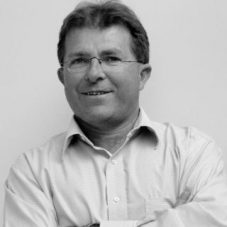 Warwick McKibbin AO, is the Director of the Centre for Applied Macroeconomic Analysis in the ANU Crawford School of Public Policy and is a non-resident Senior Fellow at the Brookings Institution in Washington.

Professor Warwick McKibbin has a Chair in Public Policy in the ANU Centre for Applied Macroeconomic Analysis (CAMA) in the Crawford School of Public Policy at the Australian National University (ANU). He is also an ANU Public Policy Fellow; a Fellow of the Australian Academy of Social Sciences; a Distinguished Fellow of the Asia and Pacific Policy Society; a non-resident Senior Fellow at the Brookings Institution in Washington D.C (where he is co-Director of the Climate and Energy Economics Project) and President of McKibbin Software Group Inc. Professor McKibbin was foundation Director of the ANU Centre for Applied Macroeconomic Analysis and foundation Director of the ANU Research School of Economics. He was also a Professorial Fellow at the Lowy Institute for International Policy for a decade from 2003 where he was involved in its design and development. Professor McKibbin served for a decade on the Board of the Reserve Bank of Australia (the Australian equivalent of the Board of Governors of the US Federal Reserve) until July 2011. He has also served as a member of the Australian Prime Minister’s Science, Engineering and Innovation Council, and on the Australian Prime Minister’s Taskforce on Uranium Mining Processing and Nuclear Energy in Australia.

Prof McKibbin received his B.Com (Honours 1) and University Medal from University of NSW (1980) and his AM (1984) and a PhD (1986) from Harvard University. He was awarded the Centenary medal in 2003 “For Service to Australian Society through Economic Policy and Tertiary Education”.

Professor McKibbin is internationally renowned for his contributions to global economic modeling. Professor McKibbin has published more than 200 academic papers as well as being a regular commentator in the popular press. He has authored/ edited 5 books including “Climate Change Policy after Kyoto: A Blueprint for a Realistic Approach” with Professor Peter Wilcoxen of Syracuse University. He has been a consultant for many international agencies and a range of governments on issues of macroeconomic policy, international trade and finance, greenhouse policy issues, global demographic change and the economic cost of pandemics.