Can FIFA reform itself?

The crisis engulfing the world's football body has been long in the making. Is lasting reform possible?

FIFA is by and large self-regulatory and, up to now, has operated within its own transnational space almost free of effective external accountability. But lasting reform is likely to come from within, writes Martin Painter.

FIFA is in crisis, with its president and general secretary suspended pending corruption investigations by the Swiss authorities. This crisis has been long in the making.

As the world governing body of association football, FIFA has 209 national football association members, each a member of a regional confederation. It is headquartered in Zurich and constituted under Swiss law as a non-government body. It is by and large self-regulating and (up to now) has operated within its own transnational space almost free of effective external accountability.

Its governing statutes are adopted by majority vote of the FIFA Congress, which normally meets annually and is constituted through equal numerical representation of its members. The Congress elects the president and appoints the FIFA executive.

In this institutional setting, its president of 17 years, Sepp Blatter, constructed a seemingly impregnable political machine, through which he exercised personal control over the distribution of FIFA’s growing wealth to the poorer footballing nations, whose bosses comprised his main backers. He presided over an institutionalised system of horse-trading and exchange of favours, much of it associated with the bidding process for the right to host the World Cup every four years.

Corruption investigations, prosecutions and convictions have uncovered numerous examples within the ‘FIFA family’ of money laundering, cash for votes, irregular sale of match tickets and kick-backs for the awarding of lucrative contracts. The calls for wholesale reform have steadily grown and are now deafening in volume.

The trigger that has finally tipped the balance towards reform was the intervention by United States prosecutors in July 2015 – they issued arrest warrants for 14 senior FIFA members across the world. Prompted by this, the Swiss legal authorities also stepped in, leading in September to the naming of Blatter himself as a person under investigation for suspected corruption in a case also implicating his successor-in-waiting. Both were suspended for 90 days by FIFA’s own internal Ethics Committee while it mounted its own investigation. 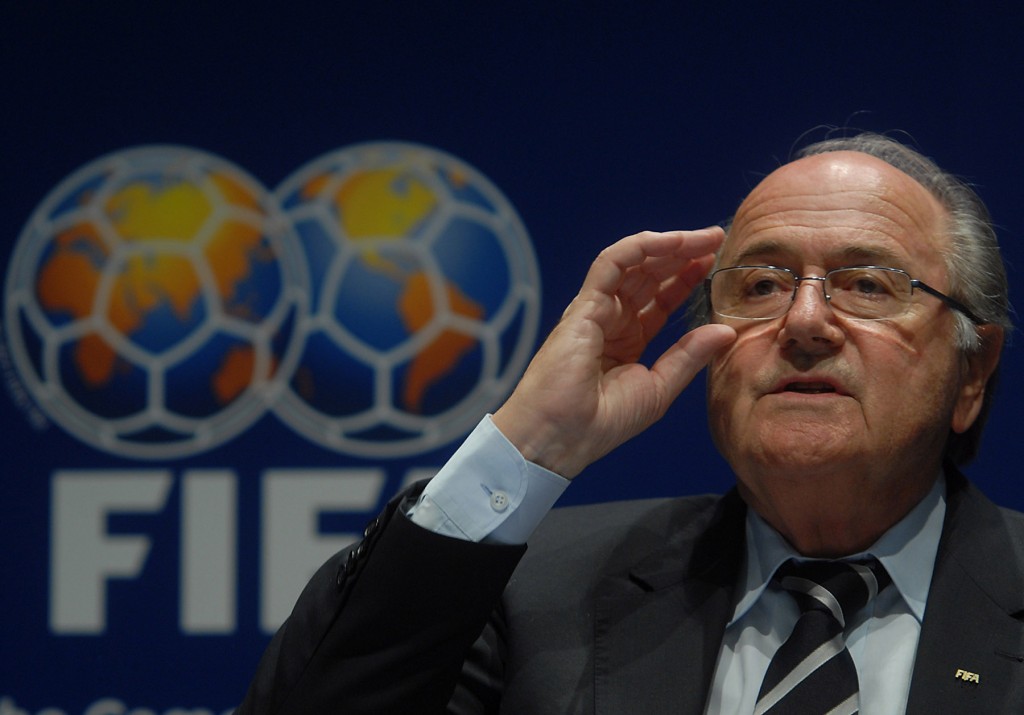 This latest step signals that FIFA’s own internal probity mechanisms are beginning to work as they should. For many years, Blatter’s strategy to ward off calls for anti-corruption reform was to blame the ‘few bad apples’; to claim ‘bias’ in the western media; and above all to reinforce his own position within the organisation with more deals and hand-outs. But FIFA could not completely ignore the scrutiny and the demands for ‘better governance’ that came with them.

Growing pressure to conform to global norms has come from the media, governments, corporate commercial sponsors (FIFA’s principal source of funds) and, increasingly, from some members. The probity reforms introduced in response to this growing pressure may have appeared tokenistic at first, but they have begun to snowball.

Most reform-minded commentators call for an outsider, a ‘white knight’, to take over as president and sweep away the machine. But this would be difficult to bring about, given the provisions of the FIFA constitution and the entrenched power of the bosses of the national associations and regional confederations.

More likely is a less dramatic reform process, already under way, by which norms of legality and probity take hold through the combined pressures of growing external scrutiny and the determined actions of members of new internal organs of accountability.

Adoption by FIFA of globally ‘standard recipes’ to monitor probity paved the way. In 2012 FIFA adopted a Code of Ethics drawn up by a newly established Ethics Committee, comprising separate investigatory and adjudicatory arms.

All members of the Committee, elected by the FIFA Congress, must be from outside. They must also be drawn from the legal professions. Members include a number of respected and prominent justices, prosecutors and practising lawyers from across the world.

Early signs were mixed, with an initial report into a long-standing scandal over kickbacks in the award of media rights under Blatter’s watch confirming that corruption had taken place, but refusing to recommend any action against current FIFA officials. An Investigatory Committee report in 2014 by its chair, American lawyer Michael J Garcia, into the World Cup bidding process was suppressed, with a summary generous to Blatter being released by the chair of the Adjudicatory Committee, German lawyer Joachim Eckert.

An appeal by Garcia against the summary’s incomplete representation of his report’s contents was dismissed by the FIFA Appeals Committee, and he resigned.

At the same time, however, the Ethics Committee launched investigations into five individuals and, in November 2014, FIFA accepted Eckert’s recommendation to submit a complaint to the Swiss legal authorities about possible illegal transfers of funds by individuals associated with the bidding process.

Garcia’s successor (formerly his deputy) has been equally diligent. Despite doubts about whether these new bodies would ever have any substantial impact, they surprised many by agreeing to suspend Blatter in 2015, following similar action in July 2015 against the FIFA General-Secretary (who runs the day-to-day business of the FIFA office and has long been Blatter’s right-hand man), pending criminal investigations by the Swiss authorities and an Ethics Committee investigation.

The committee is a relatively new body and is struggling to establish its role and legitimacy both within and outside FIFA. It faces some internal obstacles. For example, FIFA’s rules guarantee confidentiality for all FIFA members, meaning that details of proceedings or findings cannot be made public. Moreover, judgments of the committee can be reviewed by a FIFA Appeals Committee, which is drawn from ordinary FIFA members and is currently chaired by an avowed Blatter supporter. Such is the distrust of hardened observers that there remains great scepticism that these internal processes will bring any real change. Blatter might still wriggle out of the charges and reassert control.

But the Swiss legal authorities will have something to say about that; and the early signs are encouraging that the halting steps FIFA itself has taken to open its internal affairs to forms of quasi-judicial investigation and adjudication will eventually see it conform to globally accepted norms of legality.

If the tipping point was induced by ever more compelling criminal investigations by state authorities, lasting reform is being internally generated in the face other outside pressures. FIFA, after all, is subject to the same processes of diffusion of global anti-corruption templates and norms as are other international corporate bodies.