Coping with uncertainty is possible – but only if you use the right tools. Using monetary policy, Renée Fry-McKibbin and Timo Henckel show how.

The world we live in is uncertain.

Yet the public expects meteorologists, economists and other experts to make confident predictions on a range of variables affecting well-being.

Our environment and the economy are much too complex to fully comprehend, let alone to make accurate predictions about, as evidenced by frequent—and occasionally large—forecast errors.

Despite this evidence, we are often unwilling to accept that uncertainties matter.

Monetary policy is a prime example of how a fundamentally uncertain decision is conveyed with a false degree of certitude.

On the first Tuesday of every month (except in January) the Board of the Reserve Bank of Australia (RBA) meets to decide on a target for the cash rate which determines a wide range of interest rates and prices in the Australian economy.

At 2pm, the target cash rate is announced as a single number, accompanied by a brief statement explaining the choice. But when a central bank sets the preferred target cash rate, the decision necessarily constitutes a compromise, a careful balancing and weighting of all salient upside and downside risks. 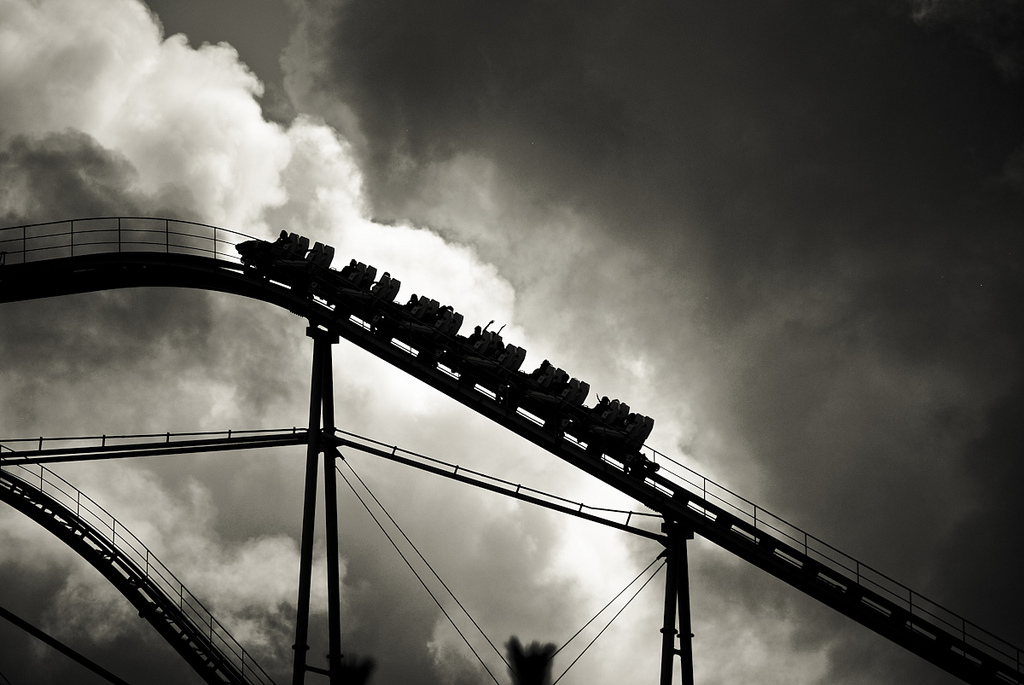 Despite its apparent public unanimity, the Board actually engages in several hours of discussion and debate before coming to a resolution, reflecting the uncertainties associated with its decision.

These uncertainties stem from the (in)accuracy of real-time measurements, unobservable variables, and the inherently unpredictable nature of the macroeconomy. Furthermore, although the Board usually has a good sense of the range of upside and downside risks, no one knows for sure which risks dominate. Whatever rate the central bank sets, there is a chance that a different rate would be more appropriate or, at least, it is likely that a range of rates are justifiable given the uncertainties in the economy.

The probability that the interest rate should be substantially different from the ‘most preferred’ target rate receives little attention. Central banks don’t formally record the uncertainty experienced by individual Board members, nor by the Board as a whole. Estimates of the upside and downside risks surrounding the policy decision must be gleaned from any statement(s) accompanying the policy decision.

Our RBA Shadow Board, based at the Centre for Applied Macroeconomic Analysis (CAMA) at Crawford School of Public Policy, shows how uncertainty about the policy decision can be communicated in a formal and rigorous way.

The Shadow Board emulates the formal RBA Board in that it consists of nine voting members and one non-voting chair—all distinguished macroeconomists drawn from academia and private industry who offer their own policy recommendations several days before the official RBA decision.

Crucially, Shadow Board members offer their policy recommendations probabilistically. Each member records her or his uncertainty by giving probabilistic assessments of the target interest rate for the meeting in that month.
The higher the percentage attached to a given interest rate, the more confident the member is that this rate is the appropriate target cash rate. The nine probability distributions are then pooled to give an aggregate distribution.

This is done for the current policy rate as well as for the policy rates six and 12 months out. For example, this month’s opinion pool for the current cash rate provides considerably more information than a mere announcement that the current cash rate will remain at 2.5 per cent. The probability density associated with this number lies at 76 per cent. This is very high, signaling that the Board members are confident this is the appropriate policy setting for June.

Much more can be gleaned from this information.

The distribution is highly skewed; there is very little probability mass (only six per cent) to the left of the 2.5 per cent setting, while 18 per cent of the density lies to the right. RBA Shadow Board members clearly think that if the cash rate at 2.5 per cent proves to be wrong, the optimal setting is most likely higher, not lower. In other words, there are far more upside risks than downside risks. This shows that interest rates have likely hit the bottom of the cycle and probably will rise in the near or medium term.

Since its inception in August 2011, the RBA Shadow Board’s recommendations have tracked the Reserve Bank’s actual policy decisions quite closely. But through its probabilistic approach, it has been able to convey a more nuanced picture of where it sees the economy heading.

There is information in the tails and in the height (or flatness) of the distribution which can facilitate planning and risk management. Understanding the probability of the appropriateness of interest rate settings, conditional on current economic circumstances, provides valuable information to market participants. A more resilient society and efficient economy are likely.

Hopefully, over time, this approach will gain currency in the policy world and acceptance by the public. As Nate Silver wrote in his bestseller book The Signal and the Noise: Why So Many Predictions Fail—But Some Don’t, “We must become more comfortable with probability and uncertainty.”

To find out more about the CAMA RBA Shadow Board: http://bit.ly/CAMAShadowRBA

Renée Fry-McKibbin is a Professor of Economics in the Crawford School of Public Policy at The Australian National University, and Fellow of the Academy of Social Sciences. She directs three research programs in the Centre for Applied Macroeconomic Analysis (CAMA).

Timo Henckel is a Lecturer in the Research School of Economics at the ANU College of Business and Economics, and Research Fellow at the Centre for Applied Macroeconomic Analysis (CAMA) in Crawford School of Public Policy, The Australian National University.